The 5 F's of Trauma Response

Most of us have heard of the “fight or flight response,” referring to our automatic reaction of fighting or running away when we face a threat. We actually have 5 hardwired responses to trauma: fight, flight, freeze, flop, and friend. In a moment of danger, these responses all happen automatically to try to keep us safe. Sometimes these responses can continue even when the trauma is not happening as our brain and body continue to work to keep us safe from danger. How might understanding your own response to trauma be helpful? 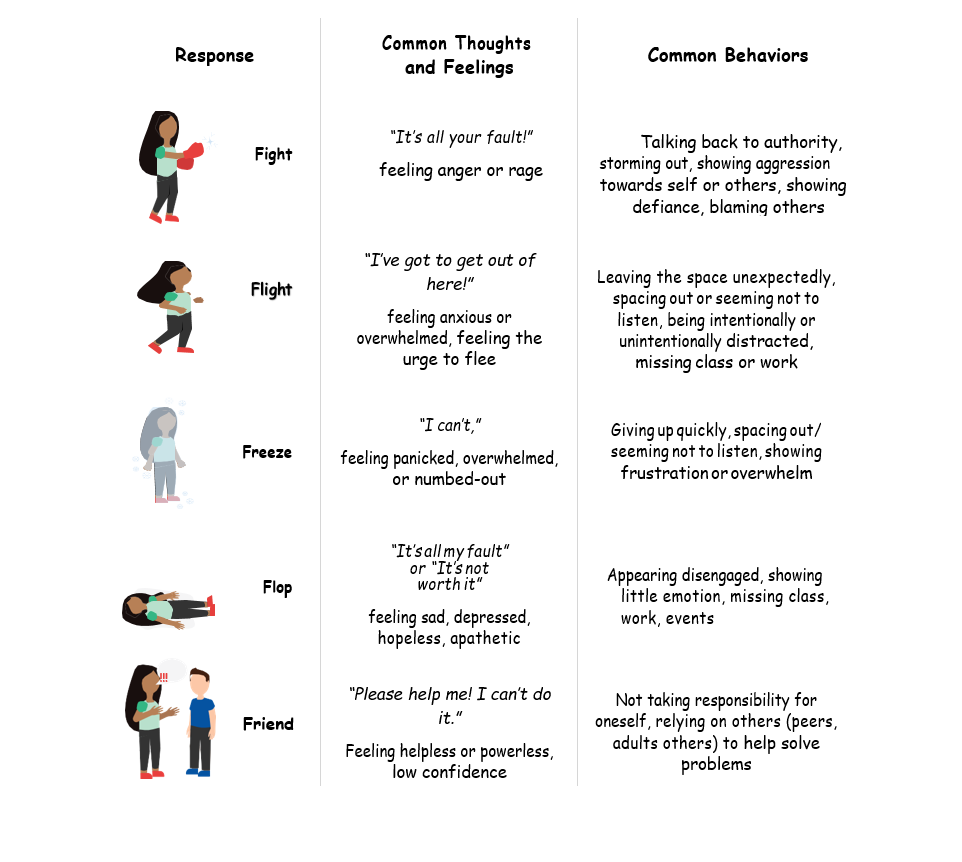 May is Sexual Assault Awareness Month in Ontario

Sexual violence affects every community in Ontario. There are ways you can support victims of sexual assault; by reassuring them that they are believed and helping them to connect with the appropriate support and information.

Please reach out if you or someone you know needs support.

There's a Name for the Blah You're Feeling: It's called Languishing

The neglected middle child of mental health can dull your motivation and focus — and it may be the dominant emotion of 2021.

At first, I didn’t recognize the symptoms that we all had in common. Friends mentioned that they were having trouble concentrating. Colleagues reported that even with vaccines on the horizon, they weren’t excited about 2021. A family member was staying up late to watch “National Treasure” again even though she knows the movie by heart. And instead of bouncing out of bed at 6 a.m., I was lying there until 7, playing Words with Friends.

It wasn’t burnout — we still had energy. It wasn’t depression — we didn’t feel hopeless. We just felt somewhat joyless and aimless. It turns out there’s a name for that: languishing.

Languishing is a sense of stagnation and emptiness. It feels as if you’re muddling through your days, looking at your life through a foggy windshield. And it might be the dominant emotion of 2021.

As scientists and physicians work to treat and cure the physical symptoms of long-haul Covid, many people are struggling with the emotional long-haul of the pandemic. It hit some of us unprepared as the intense fear and grief of last year faded.

In the early, uncertain days of the pandemic, it’s likely that your brain’s threat detection system — called the amygdala — was on high alert for fight-or-flight. As you learned that masks helped protect us — but package-scrubbing didn’t — you probably developed routines that eased your sense of dread. But the pandemic has dragged on, and the acute state of anguish has given way to a chronic condition of languish.

In psychology, we think about mental health on a spectrum from depression to flourishing. Flourishing is the peak of well-being: You have a strong sense of meaning, mastery and mattering to others. Depression is the valley of ill-being: You feel despondent, drained and worthless.

Languishing is the neglected middle child of mental health. It’s the void between depression and flourishing — the absence of well-being. You don’t have symptoms of mental illness, but you’re not the picture of mental health either. You’re not functioning at full capacity. Languishing dulls your motivation, disrupts your ability to focus, and triples the odds that you’ll cut back on work. It appears to be more common than major depression — and in some ways it may be a bigger risk factor for mental illness.

The term was coined by a sociologist named Corey Keyes, who was struck that many people who weren’t depressed also weren’t thriving. His research suggests that the people most likely to experience major depression and anxiety disorders in the next decade aren’t the ones with those symptoms today. They’re the people who are languishing right now. And new evidence from pandemic health care workers in Italy shows that those who were languishing in the spring of 2020 were three times more likely than their peers to be diagnosed with post-traumatic stress disorder.

Part of the danger is that when you’re languishing, you might not notice the dulling of delight or the dwindling of drive. You don’t catch yourself slipping slowly into solitude; you’re indifferent to your indifference. When you can’t see your own suffering, you don’t seek help or even do much to help yourself.

Even if you’re not languishing, you probably know people who are. Understanding it better can help you help them.

A name for what you’re feeling

Psychologists find that one of the best strategies for managing emotions is to name them. Last spring, during the acute anguish of the pandemic, the most viral post in the history of Harvard Business Review was an article describing our collective discomfort as grief. Along with the loss of loved ones, we were mourning the loss of normalcy. “Grief.” It gave us a familiar vocabulary to understand what had felt like an unfamiliar experience. Although we hadn’t faced a pandemic before, most of us had faced loss. It helped us crystallize lessons from our own past resilience — and gain confidence in our ability to face present adversity.

We still have a lot to learn about what causes languishing and how to cure it, but naming it might be a first step. It could help to defog our vision, giving us a clearer window into what had been a blurry experience. It could remind us that we aren’t alone: languishing is common and shared.

And it could give us a socially acceptable response to “How are you?”

Instead of saying “Great!” or “Fine,” imagine if we answered, “Honestly, I’m languishing.” It would be a refreshing foil for toxic positivity — that quintessentially American pressure to be upbeat at all times.

When you add languishing to your lexicon, you start to notice it all around you. It shows up when you feel let down by your short afternoon walk. It’s in your kids’ voices when you ask how online school went. It’s in “The Simpsons” every time a character says, “Meh.”

Last summer, the journalist Daphne K. Lee tweeted about a Chinese expression that translates to “revenge bedtime procrastination.” She described it as staying up late at night to reclaim the freedom we’ve missed during the day. I’ve started to wonder if it’s not so much retaliation against a loss of control as an act of quiet defiance against languishing. It’s a search for bliss in a bleak day, connection in a lonely week, or purpose in a perpetual pandemic.

An antidote to languishing

So what can we do about it? A concept called “flow” may be an antidote to languishing. Flow is that elusive state of absorption in a meaningful challenge or a momentary bond, where your sense of time, place and self melts away. During the early days of the pandemic, the best predictor of well-being wasn’t optimism or mindfulness — it was flow. People who became more immersed in their projects managed to avoid languishing and maintained their prepandemic happiness.

An early-morning word game catapults me into flow. A late-night Netflix binge sometimes does the trick too — it transports you into a story where you feel attached to the characters and concerned for their welfare.

While finding new challenges, enjoyable experiences and meaningful work are all possible remedies to languishing, it’s hard to find flow when you can’t focus. This was a problem long before the pandemic, when people were habitually checking email 74 times a day and switching tasks every 10 minutes. In the past year, many of us also have been struggling with interruptions from kids around the house, colleagues around the world, and bosses around the clock. Meh.

Fragmented attention is an enemy of engagement and excellence. In a group of 100 people, only two or three will even be capable of driving and memorizing information at the same time without their performance suffering on one or both tasks. Computers may be made for parallel processing, but humans are better off serial processing.

Give yourself some uninterrupted time

That means we need to set boundaries. Years ago, a Fortune 500 software company in India tested a simple policy: no interruptions Tuesday, Thursday and Friday before noon. When engineers managed the boundary themselves, 47 percent had above-average productivity. But when the company set quiet time as official policy, 65 percent achieved above-average productivity. Getting more done wasn’t just good for performance at work: We now know that the most important factor in daily joy and motivation is a sense of progress.

I don’t think there’s anything magical about Tuesday, Thursday and Friday before noon. The lesson of this simple idea is to treat uninterrupted blocks of time as treasures to guard. It clears out constant distractions and gives us the freedom to focus. We can find solace in experiences that capture our full attention.

Focus on a small goal

The pandemic was a big loss. To transcend languishing, try starting with small wins, like the tiny triumph of figuring out a whodunit or the rush of playing a seven-letter word. One of the clearest paths to flow is a just-manageable difficulty: a challenge that stretches your skills and heightens your resolve. That means carving out daily time to focus on a challenge that matters to you — an interesting project, a worthwhile goal, a meaningful conversation. Sometimes it’s a small step toward rediscovering some of the energy and enthusiasm that you’ve missed during all these months.

Languishing is not merely in our heads — it’s in our circumstances. You can’t heal a sick culture with personal bandages. We still live in a world that normalizes physical health challenges but stigmatizes mental health challenges. As we head into a new post-pandemic reality, it’s time to rethink our understanding of mental health and well-being. “Not depressed” doesn’t mean you’re not struggling. “Not burned out” doesn’t mean you’re fired up. By acknowledging that so many of us are languishing, we can start giving voice to quiet despair and lighting a path out of the void. 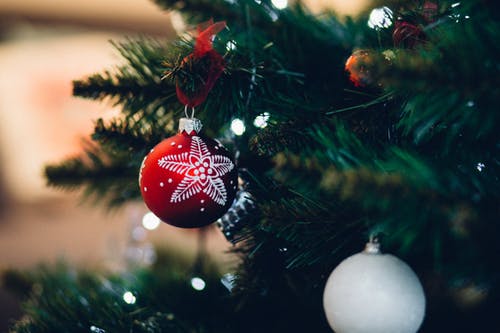 Please practice self-care as we face a challenging season this year.  If in crisis call 519-253-9667 to speak with a crisis counsellor.

Want to find out how we’ve adapted during the pandemic to help our clients.  Check out this article about Coping During Covid in this recent article of The Drive Magazine.   https://thedrivemagazine.com/posts/coping-during-covid/

Thank you to the local chapter of the American Women’s Club. We have been chosen as one of their recipients this year. The group is dedicated to helping women and children in our community. Thank you so much for your support to assist victims of incest and sexual assault.

As we continue to be challenged with the uncertainties that surround this pandemic, SACC wants to provide you with a podcast opportunity that will help you further discover your strengths and abilities.

The introduction link is below and please avail yourself to those free podcasts that interest you the most.  You will need to subscribe to the podcasts but instructions as to where to find the various podcasts are provided through this introduction podcast.

Please remember that as much as we hear that people are struggling to get access to basic supply needs–groceries, toilet paper, sanitizing products, stabilized income, SELF CARE is a need that is just as important!   Please continue to practice daily self care–adequate sleep, regular and healthy meals, exercise, socializing within the constraints of social distancing,  mindfulness, and fun safe activities!

Stay Safe and Take Care of You!

“Hard times don’t create heroes.  It is during hard times that the ‘hero’ within us is revealed”  Bob Riley

As both spring and the Easter holiday have arrived, we are further challenged to stay in isolation and practice social distancing.  Over the weeks you have received many messages as to ‘how to manage’ during this crisis.  By now you are likely challenged by fear, worry, boredom and/or feeling disconnected to those you care about.    You have survived crises before and it is these survival skills that have acted like your ‘hero’!  Please continue to use your positive strengths to take care of yourself during this difficult time.